In its infinite wisdom, Senate recently approved an alternative to the old author’s declaration for doctoral theses. Students now have the following choice (modulo departmental policy): either :
1). “I hereby declare that I am the sole author of this thesis …”
or
2). “This thesis consists of material all of which I authored or co-authored: see Statement of Contributions included in the thesis. … “

The proposal reflects a simple misunderstanding of the meaning of authorship. 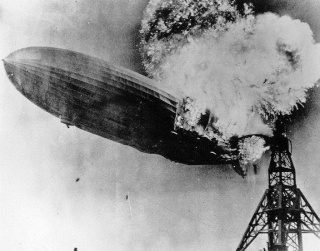 As any high-school student knows — if only from studies of Led Zeppelin — sometimes words have two meanings. The word “author” can  refer (a) to the originator of an idea, a doctrine, a practice, or the like; it can also refer (b) to the writer of a document. By convention, the writer of a document implicitly claims to be the originator of the content — except where otherwise indicated.
How then should a sensible reader interpret declaration (1)? Is the student declaring, according to (a), that s/he is the sole originator of  all of its novel content — that no one else made any contribution to the substance of the thesis? Did the work spring, fully formed, from  the student’s mind alone? Did the supervisor, the committee, and all of the student’s teachers and colleagues add absolutely no value to the research?  If universities expected all successful doctoral students to be able to make such a declaration, they would long ago  have done away with supervisors, thesis proposals and research committees.
No, it’s the latter sense (b) of authorship that applies, and the declaration (1) simply means, “Scout’s Honour: I didn’t plagiarize any part of this thesis.” (That is, I didn’t download chunks of it from the internet, or otherwise copy them from other people’s writings, without saying so.)
But even though some of the greatest universities in the English-speaking world employ similar language, some of our faculty councils have been told — astoundingly — that declaration (1) forces students to lie, and even to plagiarize. It’s hard to see how students could be forced to plagiarize by being made to declare that they haven’t plagiarized; and the declaration only forces them to lie if they have in fact plagiarized.
When one arrives at an absurd conclusion, one ought to ask which of one’s premises are absurd, but some of us have instead simply pressed on regardless, and taken absurdity “to the next level.”  So alternative (2) has been proposed — for the chief reason that it’s not (1). What does (2) mean, in plain English? “Even though my name is the only one appearing on the title page, there may or may not be coauthors of this work, and if you wish to try to find out which is the case, go to something called a ‘Statement of Contributions,’ somewhere else in the thesis.”
I’m old-fashioned, but I’ve always understood that the universally accepted convention is that the authors of a document are exactly those who are listed on the title page. Moreover, the idea of a coauthored doctoral thesis — discussed explicitly in the report that raised the motion  and apparently already in practice at this University — is ridiculous. Are we about to start conferring degrees to joint recipients?
A specious argument has been floated to the effect that something has changed; research has become more collaborative, and that somehow means that the author’s declaration has to change too.

A specious argument has been floated to the effect that something has changed; research has become more collaborative, and that somehow means that the author’s declaration has to change too. Here again, the word “author” is being misinterpreted. There is simply no reason why a student cannot be the sole author of an account of his or her thesis research, whether or not that research was collaborative. Could James Watson never write anything about the discovery of DNA without adding Francis Crick’s name to the title page? More appositely, could Charles Best, who co-discovered insulin as a graduate student, never write anything about it, including a thesis, without making Frederick Banting a coauthor?

Of course, there’s a current vogue for simply cutting and pasting articles into theses. This may well raise copyright issues — which the proposal does nothing to address — but it need not raise authorship issues. The student may reproduce coauthored works, provided he or she says so, and provides proper citations. Similarly, a student can include joint work that hasn’t appeared elsewhere, provided he or she says so and provides proper acknowledgement. In neither case does the student cease to be sole author (in the appropriate sense) of the thesis.
The problem that the proposal attempts to address is nonexistent. But a better “solution” would have been simply to do away with the declaration that led to the confusion. After all, that declaration means nothing more than it does for the student’s name to appear alone on the title page.  Just like the requirement to tell students at the start of every single course that cheating is bad, it is redundant.
This proposal should have gone over like the proverbial lead balloon. It’s embarrassing to have to explain matters of rudimentary literacy and logic to ostensible university professors. But it will be more embarrassing, for the entire university, if this fatuous new declaration actually comes into use.

This site uses Akismet to reduce spam. Learn how your comment data is processed.

Welcome to the FAUW blog

This blog is published by the Faculty Association of the University of Waterloo to inform faculty members about current issues and foster open debate.

Unless otherwise stated, the opinions expressed are of the authors, and do not represent the views of the Association.